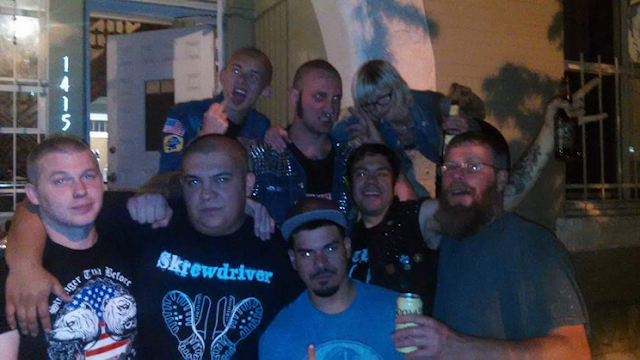 Has anyone hanging around Ogden and Colfax noticed how it smells like rotten mayonnaise? Trust your sense of smell, it will lead to the front porch of 1415 Ogden St. A neo-nazi nest of sloppy drunks who regularly harass, intimidate, and sometimes attack people walking by. This summer they were frequently seen throwing BBQs that blocked the entire sidewalk in front of their house. Businesses in the area have also had negative interactions with this same crew. Getting ran out of Lions Lair, Streets of London, and Tooey's, in addition to reported attacks on the homeless, have made "the nazi house on Ogden" a growing subject of conversation for many Colfax regulars. Put simply, everyone is sick of their nazi shit, and so are we.

Until recently, they've been seen at all hours of the day and night drinking on the front porch in numbers ranging from 4 to 20+ people. This doesn't necessarily mean they're that popular, it's because they invite random people off the street to hang out. It could literally be anyone! They wouldn't even know because they lack even the simplest security measures. The spool of information they're willing to hand out as the night gets more belligerent is astonishing. ;) 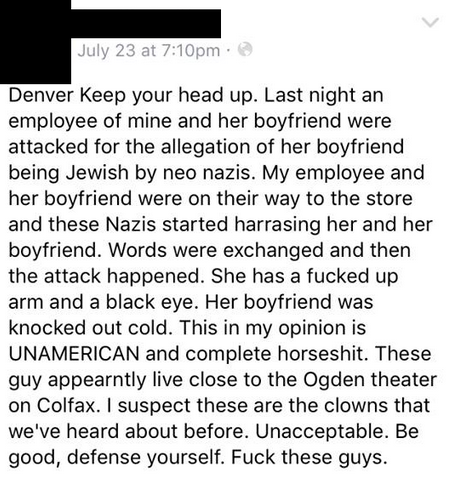 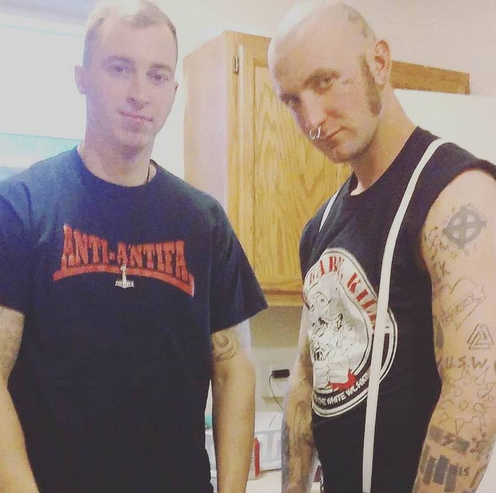 William Scott Planer (left) and Shane “Choppy” McCampbell (right) have been confirmed as the attackers described in this post.  Planer is pictured with a shirt that says “anti-antifa,” and a Thor’s Hammer necklace (a symbol often co-opted by Hammerskins and other neo-nazis). We recently posted an article with details on his involvement in the riots in Sacramento California.  To recap, he can be seen in footage from the riots hitting a woman over the head with a pole.

Choppy can be found walking to Paul's Liquor just a couple blocks away, or the outdoor patio of Streets of London, or getting drunk on his porch. He is easily identified by his many neo-nazi tattoos, including a nazi celtic cross, a swastika, and a brown-shirt emblem on his left arm. He also has a small tattoo on his left cheek, and an easily-identifiable chaos symbol (eight arrows diverging from a point) on his scalp.


Aside from the incident above, where nazis attacked a person for “looking Jewish,” there is a growing list of disorganized racially-motivated attacks in the area around Ogden and Colfax:

A Black homeless man who hangs out in the area got into a fist-fight with a neo-nazi after the nazi threw racial slurs at him. A group of nazis in the area caught ire when they did a nazi “Sieg-Heil” salute to mock a Black Lives Matter demonstration on Colfax Avenue. Others in the punk scene recently reported having Choppy and company harass them with homophobic slurs and then pulled a knife on them near a bar off Colfax. A trans woman's car was vandalized with transphobic slurs and a swastika in that same neighborhood, garnering national attention in the flurry of hate-crimes following the election of Donald Trump. An Indian woman was beat with a bat and her head stomped by racists in Cap Hill Friday November 18th 2016. "Heil Trump" graffiti and swastikas were also reported on residences and businesses in the area. Earlier this year, William and Choppy also showed up with a crew to an Anti-Flag/Leftover Crack show with the aim of jumping someone.  Before this incident, Choppy also threatened volunteers at the 7th Circle Music Collective for not allowing nazis in their venue.

While we can't definitively confirm that they are responsible for every one of these attacks, we think it is worth considering that a slew of racially-motivated attacks began after they moved into the area. It seems an enormous community in Cap Hill and the greater Denver area are looking for retribution on the nazis at 1415 Ogden St.

Though the nazi activity out of 1415 Ogden has come to the attention of many after this particular slew of attacks, Shane "Choppy" McCampbell came onto our radar sometime around 2007-08 when he was hanging out in Austin TX.  At the time lil chop chop was head over heels for a local nazi punk by the name "Lefty" (isn't that ironic...). Lefty was well known in the Austin street punk scene for stabbing punks at shows and booting women in the face with his steel toes. Choppy boy was heavily influenced by Lefty. He looked up to him and wanted to be a bag of shit just like him, so he took up nazism and violently attacking women.

After Shane hit the road, there were numerous rumors and stories of train kids kicking his ass. Out of every white supremacist we've encountered, Choppy has the highest running tally for receiving ass beatings. (Choppy's number one!! Choppy's number one!!) The stories go on and on. Probably his worst idea was traveling to Las Vegas with Wyatt Apodaca for Punk Rock Bowling, an event organized by punks who don't tolerate that nazi shit. Choppy has been beat up or chased out of almost everywhere. In Denver alone he's been smashed multiple times.

Choppy’s romantic partner is Mackenzie Jackson, who also lives at 1415 Ogden Street. In her own words: “well according to a bunch of people I'm a loony white power chick liar pants so it's probs best not to believe me...” Apparently it’s a surprise to her that people think someone dating a guy who is covered in literal nazi tattoos and committing hate crimes is a “loony white power chick.”

Shane’s mom is Shawna Arnott. We were surprised to find out that despite her innocuous appearance, she married neo-nazi David Arnott on December 14th, 2012. Like Choppy, David Arnott has also made the poor life decision to cover his body in poorly-drawn white nationalist tattoos, and works at G&H Electric. It looks like he had a stroke last year at the old age of 38.  A gofundme that was set up to help cover his medical expenses managed to raise a whopping $850, falling $14,150 short of their $15,000 goal.  It looks like antifa has something in common with Arnott’s family and friends--we also wouldn’t give a fuck if he died! 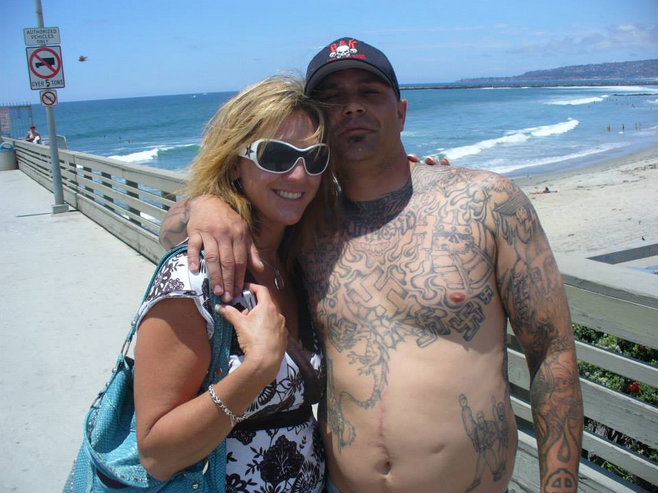 
Choppy seems to be the core column of the 1415 Ogden house. It has been said that he "took over." It's hard to gauge the number of people actually living there with their friends--many of which appear to be minors--hanging out for days at time. Regardless, Choppy is only one piece of the pie, and a few notable others are: 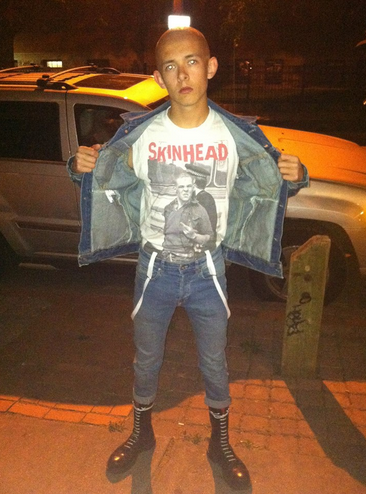 Wyatt has been living in Albuquerque with his daddy while he finishes a six month probation sentence (which stems from an incident on the 16th Street Mall here in Denver). He plans to move back to Denver when it's over. He recently paid a short visit for his 19th birthday. The Ogden house wreaked of BO and fascists for the trips duration. You can follow his Facebook for live coverage of his evolving "Anti-Antifa" views and taste for white supremacist music. 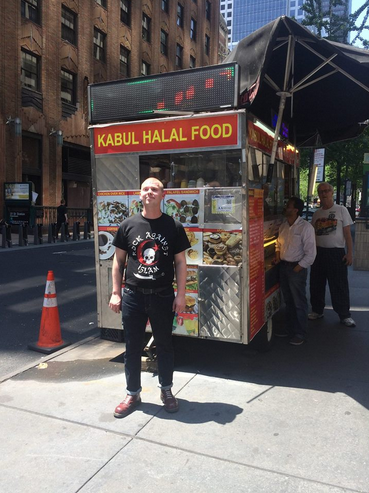 Kyle is a member of the Nationalist band Total Annihilation, who played at NYC Oi fest, the largest nazi gathering in years. He also plays in the band 4 Minute Warning, who have been getting dropped from shows ever since he was exposed as a neo-nazi previous article. Even if you haven't read the article, his closet full of Skrewdriver apparel says enough. 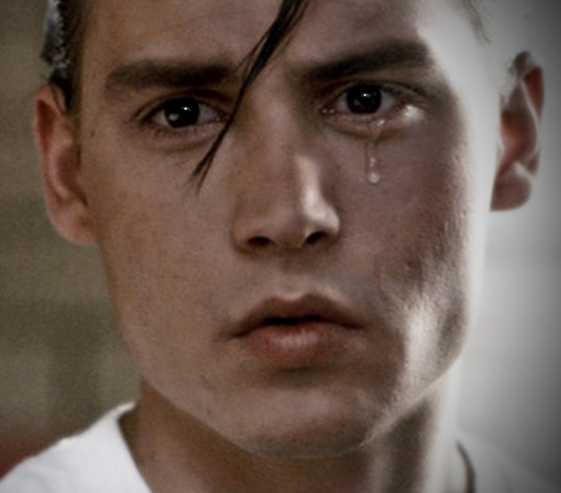 
Jimi probably feels ashamed to be hanging out with these idiots who don't carry the torch of the working class, but endures it to stay relevant to Wyatt, his only friend. It must be painful. Jimi was featured in a previous article with Kyle, resulting in indignant street punks tripping over each other to sympathize for Jimi and convince us that they weren't true fascists. Even though he literally said NOTHING to deny it, and his interviews and lyrics speak for themselves. We wonder if more info on how he keeps company with nazis will have an effect on the level of denial surrounding Jimi and TA. Guess what losers, Total Annihilation still fucking sucks. Always have, always will.

This doesn't include every problematic fascist who hangs out at 1415 Ogden St. but is just a short summary of those who went out of their way to jump on our radar. Except for Shane "Choppy" McCampbell, the village idiot who couldn't hide himself in a corn field.

It appears that his landlord, Barbara Hansen, is at least somewhat familiar with him, and has hired him to do electrical work on the building. It's been revealed to us that he also contracts work to the underage kids who he lures under his influence with booze, getting them drunk on the job as they do maintenance work that they are already horrendously under-qualified to be doing in the first place. We believe that as a threat to the Capitol Hill community, and as a tenant involved in hate crimes right outside of the home, it would be in the best interest of Barbara Hansen to evict these boneheads from 1415 Ogden Street. Also, if you're reading this Barbara, please note that Shane McCampbell's electrical license status is still listed as "pending" by the state of Colorado, meaning he isn't yet a licensed electrician.

On December 5, 2016, CBS put out an article about fliers circulating that warned people in the community about Shane McCampbell and William Planer. While Rocky Mountain Antifa claims no responsibility for these fliers, we're excited to see that people in Cap Hill have been proactive to warn their neighbors of the danger these nazis represent to their community.

We would like to address the point in the article where Shane claims that he does "work to help the homeless."  To clarify, he "helps" his nazi sympathizing underage friends by providing them a place to stay and employing them to do work on Barbara Hansen's property. Choppy seems to have adopted a classic method that white supremacist gangs have developed to indoctrinate teens into their hateful ideologies. Meanwhile, homeless people on Colfax have reported that nazis in the area have attacked them with racial slurs, and sometimes acts of violence. 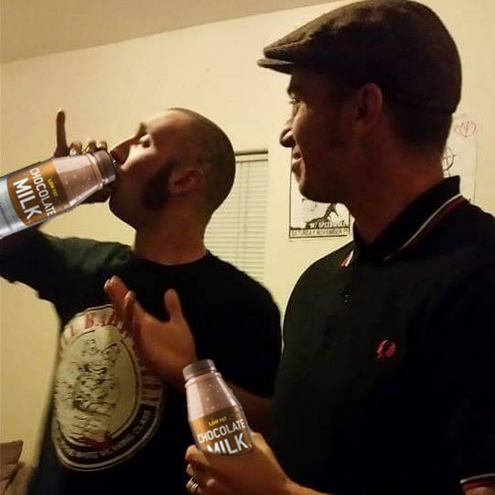 Posted by rockymountainantifa at 4:36 PM